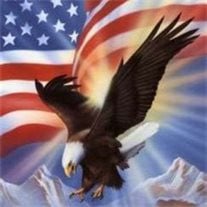 Clark R. "Butch" Royer, 89, passed away on May 22, 2012 at the Lebanon VA Hospital. He was the husband of Edith McMinn Royer, with whom he celebrated 70 years of marriage on January 16, 2012. Born on January 21, 1923, he was the sone of the late John and Grace Royer. Butch was a 1940 graduate of Lebanon High School. After graduation he enlisted in the United States Marine Corps. He served in the Pacific during WWII and was honorably discharged as Staff Sergeant. He pursued a Master Plumber certification and owned operated his own plumbing and heating business until 1974. After that he worked for the Lebanon School District as Director of Building and Grounds. A lifelong resident of Lebanon, Butch was active in many organizations. He served on the Lebanon School Board and sat as its president. He also served on the Board of the Lebanon County Vocational School. He was a member of the Kiwanis Club, the Lebanon Jaycees, the Lebanon Country Club, and was a founder of The Valley Beach Club. He was a member of Mt. Olivet F & AM, #704, Lebanon, Tall Cedar of Lebanon, and the Zembo Shrine. He worshipped at St. Mark's United Church of Christ, Lebanon. In addition to his wife, Butch is survived by 3 daughters, Eileen, wife of Edward Gilbert, Sharon, wife of Charles Warfel, and Julie Royer, all of Lebanon. A sister, Betty Dissinger, Lebanon and 3 Grandchildren, 6 Great Grandchildren also survive him. He was preceded in death by two brothers, Richard and Paul Royer. Family and friends are invited to attend Butch's Memorial Service on Saturday, May 26, 2012 at 11 am from the St. Mark's UCC, 426 N. 8th Street, Lebanon, PA. A visitation period will be held from 10 until 11 AM at the church. Masonic services conducted by Mt. Olivet Lodge will be performed at 9:45 AM on Saturday. Interment will be held at Indiantown Gap National Cemetery, Annville.

The family of Clark R. "Butch" Royer created this Life Tributes page to make it easy to share your memories.