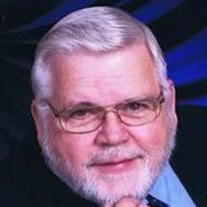 Donald D. Ryland, 71, of Newmanstown, passed away Thursday, October 4, 2018 at the Lebanon VA Medical Center. He was the husband of Beverly Hayes Ryland whom he married March 8, 1969. Don was born in Lebanon on October 26, 1946, son of the late Ralph Ryland and Dorothy Wagner Ryland of Lebanon. Don was an Air Force Veteran of the Vietnam War where attained the rank of Staff Sargent. He was a graduate of Penn State with a BS in Nutritional Science. He was a member of Quentin UCC and a former member of Holy Trinity Lutheran Church, Lebanon where he had served on numerous committees, church council, and in charge of the kitchen. He was active with the Boy Scouts at Salem Lutheran Church and had attained his Eagle Scout Award. Don was an extremely active Mason having been a three time Past Worshipful Master of Mt. Oliver Lodge #704 F&AM, Lebanon and active with Operation Jump Start, York Rite Bodies of Lebanon serving as a Past High Priest in Chapter, Past Thrice Illustrious Master in Council and Past Eminent Commander of Commandery. Don was honored with the Knight of the York Cross of Honor and Order of Red Cross of Constantine. He was also a member of the Valley of Harrisburg and was a past president of the Lebanon Scottish Rite Club and Past Grand Tall Cedar of Quittapahilla Forest #25. Don was active many years with Habitat for Humanity and active with Marriage Encounters since 1979. Don enjoyed family time, especially attending his grandchildren’s sports events. Going to casinos, doing hands on projects around his home and helping with dinners and other fundraiser projects for the Masonic Temple Association. In addition to his wife Bev and Mother, Don is survived by his children Michael Ryland of Ashville, NC, R. Todd, husband of Kimberly Ryland of Annville, Mari Beth, wife of Randy Nye of Schaefferstown, grandchildren, Jessica Ryland of Lebanon, Joey and David Ryland of Taylors, SC, Melissa Rodkey of Taylors, SC, Cole and Sydney Nye of Schaefferstown, Matthew Ryland of Hershey, Anthony Winslow of Portland, ME, 9 great grandchildren, his brothers Ralph “Pat” , husband of Cathy Ryland of Myerstown, Thomas Ryland of Lebanon, sister Priscilla Ryland of Bellefonte, PA. Don was preceded in death by a granddaughter Amber Ryland. Family and friends are respectfully invited to attend Don’s funeral service on Friday, October 12, 2018 at 11:00 AM from Quentin UCC, 11 West Main St. (P.O. Box 1138), Quentin, PA 17083 with Rev. Jessica Hainley officiating. A viewing will be held Thursday, October 11, 2018 from 6 to 8 PM at Porterfield-Scheid Funeral Directors & Cremation Service, Ltd., 890 Isabel Dr., Lebanon (next to Quentin Circle) and Friday from 10 AM to time of service at the church. Interment with full military honors will be made in Indiantown Gap National Cemetery. Masonic Services will be conducted by Mt. Olivet Lodge #704 F&AM on Thursday evening at 8PM at the funeral home. Memorial remembrances in Don’s memory may be made to his church or Hospice of the Lebanon VA Med. Center, 1700 S. Lincoln Ave., Lebanon, PA 17042.

Donald D. Ryland, 71, of Newmanstown, passed away Thursday, October 4, 2018 at the Lebanon VA Medical Center. He was the husband of Beverly Hayes Ryland whom he married March 8, 1969. Don was born in Lebanon on October 26, 1946, son of the... View Obituary & Service Information

The family of Donald D. Ryland created this Life Tributes page to make it easy to share your memories.

Send flowers to the Ryland family.