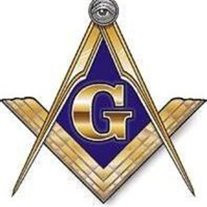 Edwin U. Sowers, III, Lebanon, passed away Thursday, February 23, 2012 at the Good Samaritan Hospital, Lebanon. He was the husband of Gladys Bucher Sowers. Born in Lebanon, he was the son of the late Edwin U., II and Marjory Kershaw Sowers. He attended Lebanon elementary schools and graduated from Cornwall High School. He received his Bachelor's and Master's Degrees in Mechanical Engineering from Drexel University. His engineering career was centered on fluidics and he held more than fifteen patents in this field. He was a Professional Engineer, a Life Member of the American Society of Mechanical Engineers, and a member of the Society of Mechanical Engineers. After retiring, he took up clock restoration. He restored many clocks and became a Certified Master Clock Maker. He wrote numerous articles for horological publications such as the Watch and Clock Bulletin of the National Assoc. of Watch and Clock Collectors, the Horological Times of the American Watchmakers-Clockmakers Institute, and the Clockmakers Newsletter. He was a member of Salem Evangelical Lutheran Church, Lebanon and was quite proud of his family's heritage with Salem since its initial log building in Lebanon, as well as his heritage from Christopher Uhler, who was the master builder of Old Salem and Tabor churches. He was a member of the Mt. Lebanon Lodge No. 226 F & AM and was a past master of a former California Masonic Lodge. He enjoyed playing musical instruments and was well-liked in the community and had many friends. Surviving in addition to his wife Gladys, is their son, Dr. Richard Bucher Sowers, husband of Dr. Svetlana Vranich-Sowers of Champaign, IL, along with two grandchildren, Veronika and Rebeka Sowers. Also surviving are two brothers and a sister. Family and friends are respectfully invited to attend Ed's memorial service on Saturday, February 25, 2012 at 11 AM at the Salem Evangelical Lutheran Church, 8th and Willow Streets, Lebanon with Rev. H. James Tanner officiating. The family will greet friends following the service at the church. Private casket interment will be held in the Mt. Lebanon Cemetery, Lebanon with Masonic Services being performed by Mt. Lebanon Lodge No. 226 F & AM. Please omit flowers; memorial remembrances may be made in Ed's memory to Salem Lutheran Church Restoration Fund, 8th and Willow Streets, Lebanon, PA 17046.

Edwin U. Sowers, III, Lebanon, passed away Thursday, February 23, 2012 at the Good Samaritan Hospital, Lebanon. He was the husband of Gladys Bucher Sowers. Born in Lebanon, he was the son of the late Edwin U., II and Marjory Kershaw Sowers. He... View Obituary & Service Information

The family of Edwin U. Sowers III created this Life Tributes page to make it easy to share your memories.

Send flowers to the Sowers family.