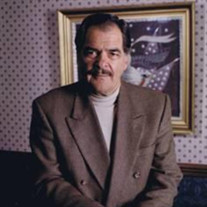 Francis J. Dixon died December 16, 2021. He was 92 years old. Frank is survived by Elsie, his wife of 72 years, children Christine Dixon, JoAnn Dixon White (Dennis) and Thomas Dixon (Diane), nine grandchildren and three great grandchildren. Frank served in the United States Army for two years during the Korean Conflict and upon discharge went to work for Proctor and Gamble, ultimately as District Sales Manager based in Wilkes-Barre, Pennsylvania. After several years in this position he was offered the opportunity to run a new chain of discount drug stores headquartered in Lebanon, Pennsylvania. Under his leadership the chain grew from 23 to 93 outlets in Pennsylvania and New Jersey. When the Keystone chain was taken over by Rite Aid Corporation, Frank decided to stay in Lebanon County and purchased a local scrapyard. Seeing recycling of resources as the way of the future, Frank renamed the business Brandywine Recyclers and opened branches in Myerstown, Annville, Ephrata and Lancaster. Real estate development was another interest of Frank’s and he purchased bay front property in Avalon, New Jersey, where he had a summer home. Avalon Bay Colony ultimately has 60 homes, all with waterfront access. In 1988, Frank established the Francis J. Dixon Charitable Foundation. The Foundation’s mission is to improve quality of life for Lebanon County citizens through access to education and health care. The Dixon Foundation was instrumental in bringing a branch campus of Harrisburg Community College (HACC) to downtown Lebanon and provided tuition assistance to more than 4,000 students who might otherwise not have had the opportunity for higher education. There is a longstanding relationship between the Dixon Foundation and the Wellspan Good Samaritan Hospital, including the Dixon Health Center at 4th and Willow Streets in Lebanon. The Foundation has been the single largest contributor to Good Samaritan in the history of the hospital. A recent development of which Frank was particularly proud is the relocation of Lebanon City Hall to the HACC Lebanon Building in downtown Lebanon, which he believed would be key to the revitalization of the city center. A Mass of Christian Burial will be celebrated on Saturday, January 8, 2022, at 10:30 AM from St Mary’s Church, 8th & Cumberland Streets, Lebanon. Immediately following the Mass there will be a reception at the Lebanon Country Club. Private interment will be at Indiantown Gap National Cemetery at the convenience of the family. Arrangements entrusted to Porterfield-Scheid Funeral Directors & Cremation Services, Ltd., Lebanon. For further information please call 717-272-4634 or to share on line condolences visit www.porterfieldscheidfh.com.

The family of Francis J. "Frank" Dixon created this Life Tributes page to make it easy to share your memories.

Send flowers to the Dixon family.