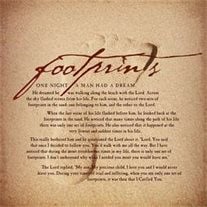 Helen M. Elphick, 85, of Spang Crest Manor, Lebanon, passed away Oct. 9, 2010 at Spang Crest Manor. Born November 30, 1924 in Lewistown, she was the daughter of the late Anthony and Annie A. Rothrock Godlevski. She was the wife of the late Henry Elphick, who passed away in 1987. She was a retired examiner for the Keystone Knitting Mill. Helen enjoyed working with crafts. She is survived by a son, Kenneth A. Zechman and wife Mary Lee of Millersville; daughter, Patricia L. Bord of Lebanon; step daughter, Sue, wife of Donald Smith, Seven Valleys; several grandchildren, great grandchildren, nieces and nephews. She was preceded in death by sisters, Lottie Huntzleman, Phoebe Tricamc, Edna Rhodes; brothers, James Godlevski and William Godlevski. Relatives and friends are respectfully invited to attend Helen’s funeral from the Ruffner-Porterfield Funeral Directors & Cremation Services, Ltd, 890 Isabel Drive, Lebanon on Wednesday Oct. 13, 2010 at 11:00 AM. Friends may call at the funeral home on Wednesday from 10 to 11 AM. Interment will be held in the Salem Union Cemetery, Jacobus. For other information please call 717-272-4634.

The family of Helen M. Elphick created this Life Tributes page to make it easy to share your memories.

Send flowers to the Elphick family.