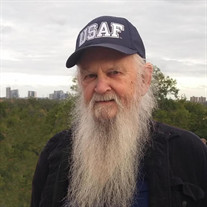 Howard Charles (Chuck) Gordon, 81 of Ringtown, PA., passed away on Monday, June 7th, 2021 at the Good Samaritan Hospital in Lebanon surrounded by his family. Born July 21, 1939 at University Hospital in Baltimore, MD to the late Myrle Crawford and Howard Gordon of Baltimore, MD. He grew up in Germantown, PA and attended the Milton Hershey School for boys, graduating in 1957. Chuck then attended the Hershey Jr. College and married the late Ellen Harvey Kline of Lebanon, PA in 1959. He enlisted in the Air Force as a mechanic from 1959 to 1964 where he was stationed in Madrid, Spain. Upon returning to the States, he and his wife, Ellen and 2 young children settled in Hershey, PA raising their 4 children on Chocolate Ave. He was the manager/mechanic at the Hershey Filling station on Chocolate Ave. in Hershey for many years. Chuck was very active with his alma mater, the Milton Hershey School and as the present Commander of the American Legion Post in Ringtown, PA. Chuck is survived by his 4 children, Larry C. Gordon of Hatfield, PA, Susan Gordon Jarden of Ocean View, DE, David S. Gordon of York, PA and Candi L. Ressetar (Gregory) of Harrisburg, PA, as well as 8 grandchildren, 2 great grandchildren & brother in-law Malcolm Owens of Maryland. He was preceded in death by his parents, Howard & Myrle, sister Marty Owens and ex-wife Ellen K. Karins A service will be held on Thursday, June 24th at Fort Indiantown Gap with full military honors at 2:30pm. A reception will follow the service at the American Legion Post 910, 75 Fisher Ave., Jonestown, PA. Donations may be made to - the American Legion post 289, Ringtown, PA

The family of Howard Charles (Chuck) Gordon created this Life Tributes page to make it easy to share your memories.

Send flowers to the Gordon family.