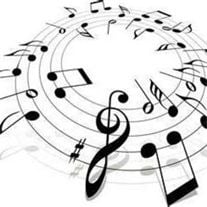 John Edward Kuhn, 30, of Palmyra, passed away suddenly on Wednesday, January 26, 2011 at home. Born May 30, 1980 in Elizabeth, NJ, he was the son of John Robert Kuhn husband of Debra, Lebanon and Cynthia Wolf Funk wife of Gene F. Funk, Jr., Lebanon. John was a 1999 graduate of Cedar Crest High School where he was a member of the National Honor Society and National Music Honor Society. He was a music ambassador to Austria in 1998. He was selected for local, regional and district music programs while in high school. Attending the University of Pittsburgh, John was an honors Neuroscience major. Music and listening to audio books were his favorite past times, as well as challenging anyone to a friendly game of Scrabble. John was an avid Pittsburgh Steelers, New York Yankees, and Utah Jazz fan. Surviving besides his parents are 2 brothers, Christopher of Pittsburgh and Andrew of Rochester, NY; paternal grandmother, Elsie Kuhn of Metuchen, NJ; uncles, Bryan E. Wolf of Aberdeen, NJ, Thomas Kuhn of Metuchen, NJ, and Richard Kuhn of Belvidere, NJ. Relatives and friends are respectfully invited to attend John's funeral on Tuesday, February 1, 2011 from the Ruffner-Porterfield Funeral Directors and Cremation Services, 890 Isabel Drive (next to Quentin Circle), Lebanon at 10 AM with his uncle Bryan Wolf officiating. Friends will be received at the funeral home on Monday evening, January 31, 2011 from 7 to 9 PM and also on Tuesday from 9 to 10 AM. Interment will be held at the convenience of the family. In lieu of flowers, memorial remembrances may be made to the Central PA Chapter of the Multiple Sclerosis Society, 2040 Linglestown Rd., Harrisburg, PA 17110. For other information please call 717-272-4634 or visit www.ruffnerporterfieldfh.com for on-line condolences or directions.

The family of John Edward Kuhn created this Life Tributes page to make it easy to share your memories.

John Edward Kuhn, 30, of Palmyra, passed away suddenly on Wednesday,...

Send flowers to the Kuhn family.