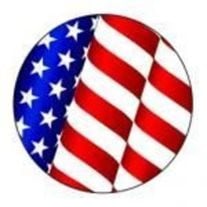 Luke Lynwood "Smitty" Smith, 84, Lebanon, passed away Sunday, January 8, 2012 at his residence. He was the husband of the late Mildred Gipe Smith. He was born in N. Lebanon Twp. on December 28, 1927, a son of the late Herman E. Smith and the late Sara A. Sherman Smith Werner. He was a US Navy Veteran of WWII. He was a retired driver for J.P. Donmoyer, Ono, where he earned a Million Mile Safety Award. He had been a Wengert's Dairy deliveryman prior to J.P. Donmoyer's. He was a member of Salem Lutheran Evangelical Lutheran Church, Lebanon where he was active with the Men of Salem. He was also a member of the Antique Automobile Club of America, Hershey Region. Luke was born, raised and lived in the same house his entire life, except when he served in the Navy. He was an avid NY Mets baseball fan, enjoyed Big Band music, dirt track racing, gardening and was a Toby Tobias Racing Fan. He is survived by daughters, Barbara A., wife of William D. Engle, Lebanon; Beth L., wife of Sherman P. West, Fredericksburg; granddaughter, Jessica A., wife of Craig Keisch, Lebanon; great grandchildren, Kiara P. and Damien D. Keisch; step sisters, Mildred Werner; Larene W., wife of Richard Stone, both of Palmyra and brother in law, Martin Shuey, Lebanon. He was preceded in death by brother, Leon Smith. Family and friends are respectfully invited to attend Luke's funeral service on Saturday, January 14, 2012 at 11:00 AM from Salem Evangelical Lutheran Church, 119 N. 8th St, Lebanon, with Rev. Dr. Roger A. Bucy officiating. A viewing will be held Saturday begiining at 9:00 AM to time of service at the church. Interment will follow in Kochenderfer's Cemetery. In lieu of flowers memorial remembrances may be made in Luke's memory to the Preservation Fund of Salem Lutheran Church, 119 N. 8th Street, Lebanon, PA 17046 Arrangements entrusted to James A. Porterfield, Funeral Director. For further information please call 717-272-4634 or visit www.ruffnerporterfieldfh.com to share on line condolences.

Luke Lynwood "Smitty" Smith, 84, Lebanon, passed away Sunday, January 8, 2012 at his residence. He was the husband of the late Mildred Gipe Smith. He was born in N. Lebanon Twp. on December 28, 1927, a son of the late Herman E. Smith and the... View Obituary & Service Information

The family of Luke L. "Smitty" Smith created this Life Tributes page to make it easy to share your memories.