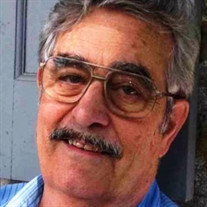 Robert R. Mowrer, Jr., 87 of Lancaster passed away Saturday, August 14, 2021 at home. Bob was born on June 18, 1934 in Paradise, the son of the late Robert R., Sr. and Ella Catherine Hull Mowrer. Bob was the husband of Elizabeth M. Reed Mowrer who preceded him in death on May 30, 2012. Bob retired as an electrician from IBEW #414. Earlier in life he was a Mr. Softee Ice Cream truck driver and a Singer Sewing Machine repair man. Bob was a member of the Leacock Presbyterian Church in Paradise. He was a member of the Pequea Valley Sportsmen’s Association and the NRA. He enjoyed playing Bingo with his daughter at the K of C. Bob was very dedicated to Masonic Organizations in which he was a member. He belonged to Tall Cedars of Lebanon, Forest #27, where he was a past Grand Tall Cedar, Lodge #43, F. & A.M. and Lamberton Lodge #476, F & A.M. and High Twelve Club. Bob was always there for his family, both immediate and extended, always there if they needed anything. He will be deeply missed by his son, Robert R. Mowrer, III of Lancaster; his daughters, Denise K., wife of Geno Shearer of Pequea, Donna K. Mowrer, companion of Timothy Breen of Henryville and Melanie E., wife of Michael Henry of Willow Street. He is also survived by his grandchildren, Kim R. Cashaw, Stephen W. Rosenberry, B. Spencer Bahel-Mowrer, Seth. Henry and Sarah E. Henry; great grandchildren, Dayshon J. Havercamp-Murray, William A. Cashaw, Tyler S. Rosenberry and Tiffany Rosenberry and 4 great great grandchildren. Bob was preceded in death by his sister, Margreta (Dee) Riley and brothers, Donald and Richard Mowrer. Family and friends are respectfully invited Bob’s funeral service on Thursday, August 19, 2021 at 2PM from the Melanie B. Scheid Funeral Directors & Cremation Services, 3225 Main Street, Conestoga, PA. Friends will be received at the funeral home on Thursday from Noon until 2PM. Interment will be held in the Conestoga Memorial Park. Masonic Services will be conducted at 1:45PM on Thursday at the funeral home

The family of Robert R. Mowrer Jr. created this Life Tributes page to make it easy to share your memories.

Send flowers to the Mowrer family.