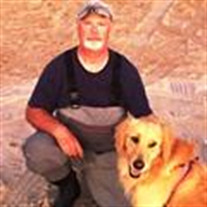 Steven E. Connelly Wonderful son, dedicated husband, great dad and special son in law Steven E. Connelly, 59 of Conestoga passed away Wednesday evening, November 21, 2018 at Lancaster General Hospital. Steve was born on June 5, 1959 in Lancaster, son of the late Donald L. Connelly and Elaine Rittenhouse Connelly. Steve was the husband of Kimberly L. Duke Connelly with who he married on May 26, 1984. Steve was a 1978 graduate of Penn Manor High School. Steve started in sales in the water treatment business over 30 years ago. He has been in the Pool Business for over 25 years, currently owning Prestigious Pools of Central Pa, located in Lancaster. Steve loved to ride motorcycle and was by his son Ryan for many years as he enjoyed Flat Track Racing. He was a member of the AMA, American Motorcycle Association. Cape Hatteras, NC was Steve’s favorite vacation spot and he loved to surf fish. Being with his friends and family was the upmost importance in Steve’s life. He enjoyed grilling, BBQ and cooking out with those he loved. Steve’s faithful companion, Hattie was always by his side. Steve’s wife, son, future daughter in law and close friends were always there for Steve as he endured 7 weeks of intense chemo and radiation treatments. Knowing that he would have been there for them, they were there for him. Steve will be deeply missed by his wife, Kimberly; son, Ryan L., fiancée of Emily Land of Conestoga; mother, Elaine Connelly of Conestoga and father and mother in law, Floyd E. and Justine L. Duke of Conestoga. His brothers will miss him dearly, Michael S., husband of Wanda Connelly, Donald L., husband of Christine Connelly and Douglas B., husband of Bobbe Connelly, all of Conestoga. Numerous special friends, cousins, nieces and nephews also survive. Steve’s family invite all to join them as they celebrate his life on Sunday, December 2, 2018 at the Lancaster Harley Davidson, 308 Beaver Valley Pike, Lancaster beginning at 2PM as they remember Steve the way he would have wanted to be remembered. Memorial remembrances may be made in Steve’s memory to AMA Pro Flat Track Rookie Class of ’79 & Friends, 3989 Springer Lane, Springfield, IL 62711 or at www.AMAFT79.com.

The family of Steven E. Connelly created this Life Tributes page to make it easy to share your memories.

Send flowers to the Connelly family.